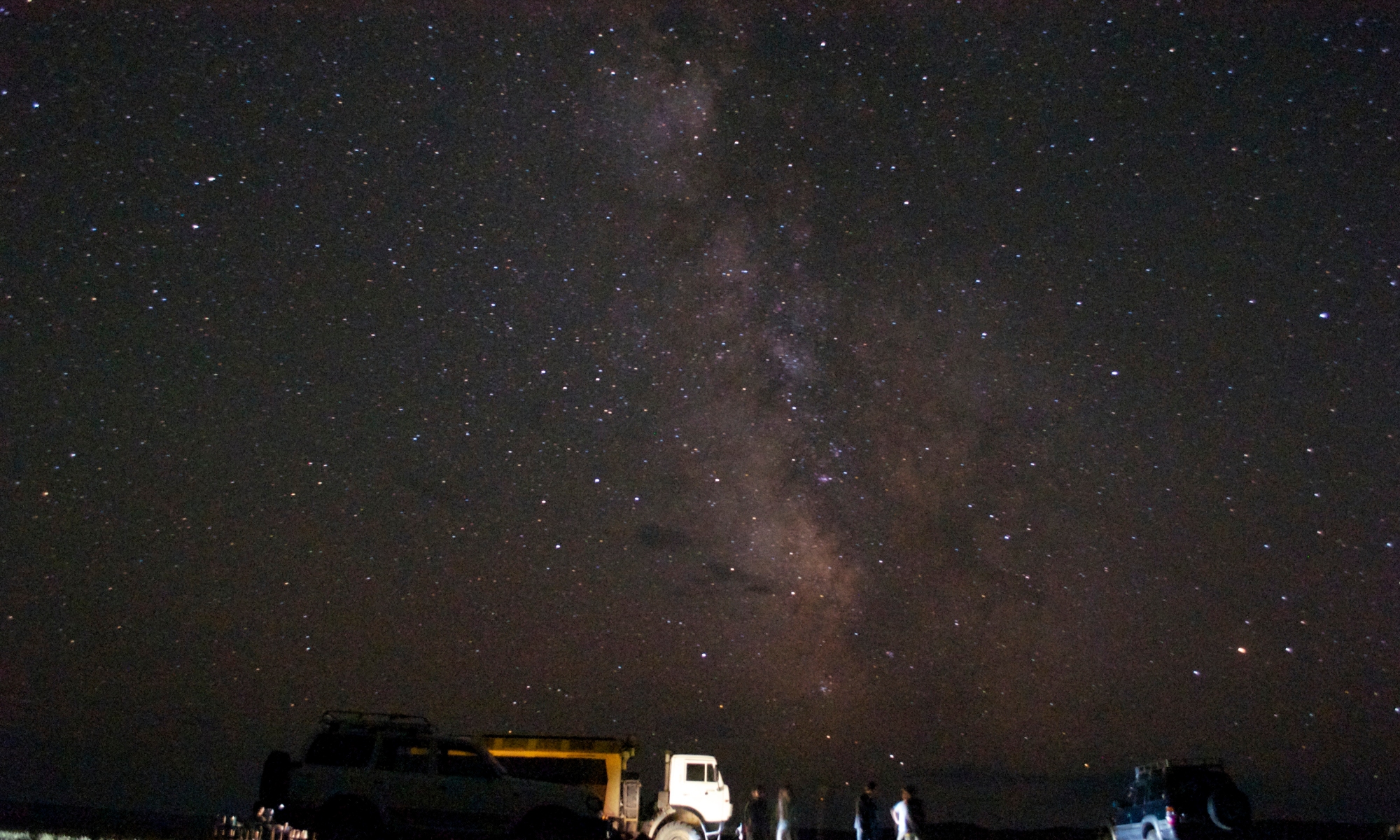 Unlike many palaeontologists, I’m not entirely up to date on twittering and instagramming. But social media has become one of the main ways scientists communicate with the public, so I’d better catch up. My New Year’s resolution is to become more engaged in public communication of the science myself and my colleagues do. I hope this website can give a bit of insight on the everyday life of a palaeontologist. I’ll share photos from fieldwork, updates on my projects, and thoughts on new studies in my field. Like any career, some weeks will be more interesting than others, but they’re all a part of the job.

To get things started off, I want to talk about one of the lesser-known perks of being a field palaeontologist: darkness. The incredible pace of technological advance an urban sprawl has taken the dark with it, and mostly this has gone unnoticed. In Canada, when the average person looks outside their window at night, they see streetlights, headlights, or somebody watching TV in the apartment across the road. But once you get out of the city, darkness returns, and you see stars. As a palaeontologist, I’ve had the fantastic opportunity to get to some of the darkest places on earth. Some of the more remote parts of the Gobi Desert of Mongolia, like the Nemegt Basin, are a days’ drive from the nearest village. And when you look up at night, you really get a sense of how small we are. 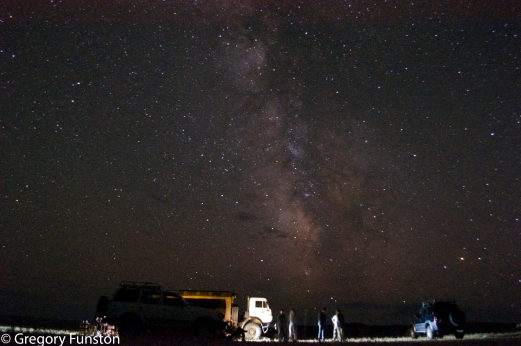 Stars at Khuren Dukh, in Mongolia

Some of my favourite photos so far, like the one above, were taken in 2015 at a site called Khuren Dukh in Southeastern Mongolia. The outcrop at this site is early Cretaceous in age, and it produces dinosaurs and other terrestrial/fluvial animals. Particularly abundant are skeletons of Khurendukhosaurus, a champsosaur (I found 2 skeletons). There are also ornithomimids, like Harpymimus, the holotype of which was found at the site in 1981. In 2015 we also found a fantastic skeleton of an iguanodontian, and a psittacosaur. This was when I was just getting into astrophotography, so I was still experimenting quite a bit. One of those experiments, the photo below, had a wonky white balance, which turned the stars a brilliant blue colour. 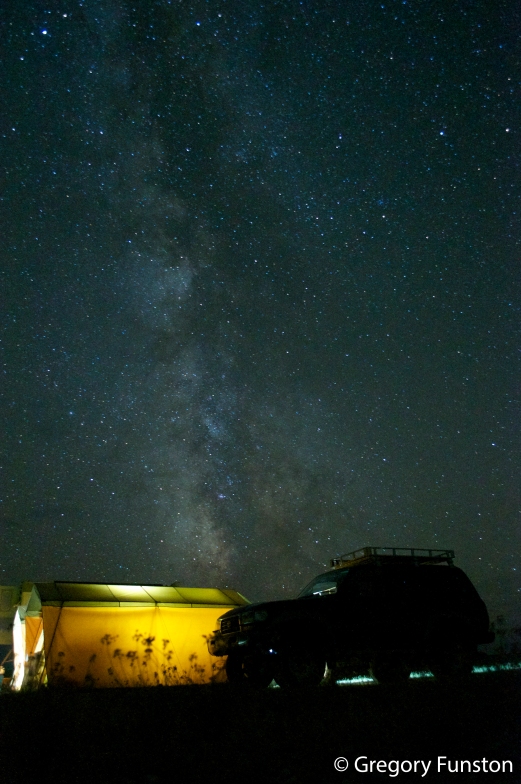 Taking photos of the stars, as I would learn, is no easy task. The main component is a good camera. Without a camera that lets you control shutter speed, aperture, and ISO, there’s really no way to capture what your eye can see. For me, the process was mostly trial and error. Open the shutter for 30 seconds, see what happens, and go from there. Over the years I’ve been able to refine my technique, and some equipment upgrades along the way sure haven’t hurt. For now, I’m sticking with panoramic shots, which don’t suffer as much from problems like the earth rotating. This was a problem I didn’t envision: the earth spins so quickly that when you lock onto stars, you have about 15 seconds of exposure time before the earth’s rotation causes the star to streak. In 2016 in the Nemegt Basin, I worked this to my advantage to create time-lapse videos.

As we were there in August, this made for some pretty spectacular images of the Perseid meteor shower. You might catch a couple streaks in the .gif below.

The combination of astronomy and palaeontology is humbling. You get not only a perspective on how vast the universe is, but also how old it is. Life has existed on earth for billions of years and each star also has the potential to host life for billions of years. After appreciating how incredibly enormous and long lived the universe around you is, seaweed for breakfast in camp 4 days running seems like a pretty small problem.